New Children of the Light 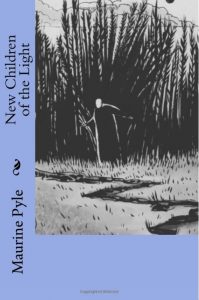 Read interviews with sixteen millennial Quakers describing who they are and who they want to become.  New Children of the Light can serve as a window into the lives and minds of young people coming of age in the twenty first century. It is common to hear about the materialism of the millenial generation and how they’ve fallen away from church, but these interviews show people who are thinking, feeling and acting on a deeply experienced spirituality.

We are living in grey times. By grey I mean neither dark nor light. There are no clear answers to the issues we are facing, and finding certainty has become a rare commodity. Now, especially, the Millennial Generation is questioning the religious and cultural institutions that have been underpinning American culture and customs for decades. Why are they resisting the tried and true pathways of the past and striking out on their own? Peering into these intergenerational questions more deeply, I am writing this book to provide insight into the lives of 16 Millennial Quakers (ages 18-35) who are seeking their own religious pathways while still remaining Quaker. As a 65-year-old Quaker elder, I am opening a dialogue with them that may serve as a window into the lives and minds of American young people coming of age in the 21st century. Why should we be looking at Quaker young adults for insight into our own troubled times?

The Children of Light was the original name for the youth movement that founded the Religious Society of Friends, now commonly known as the Quakers. During the 17th century in England, a generation of Christians came of age when a war was raging between the English faith groups. Who were these rebellious young people? They were seekers rejecting the religious institutions of their day, namely the Puritans and the Church of England. You might say in current terms that they were “spiritual but not religious.” Then as now, the elders were upset that the young people were refusing to attend church. I have been observing some striking similarities between social conditions now and conditions back then.